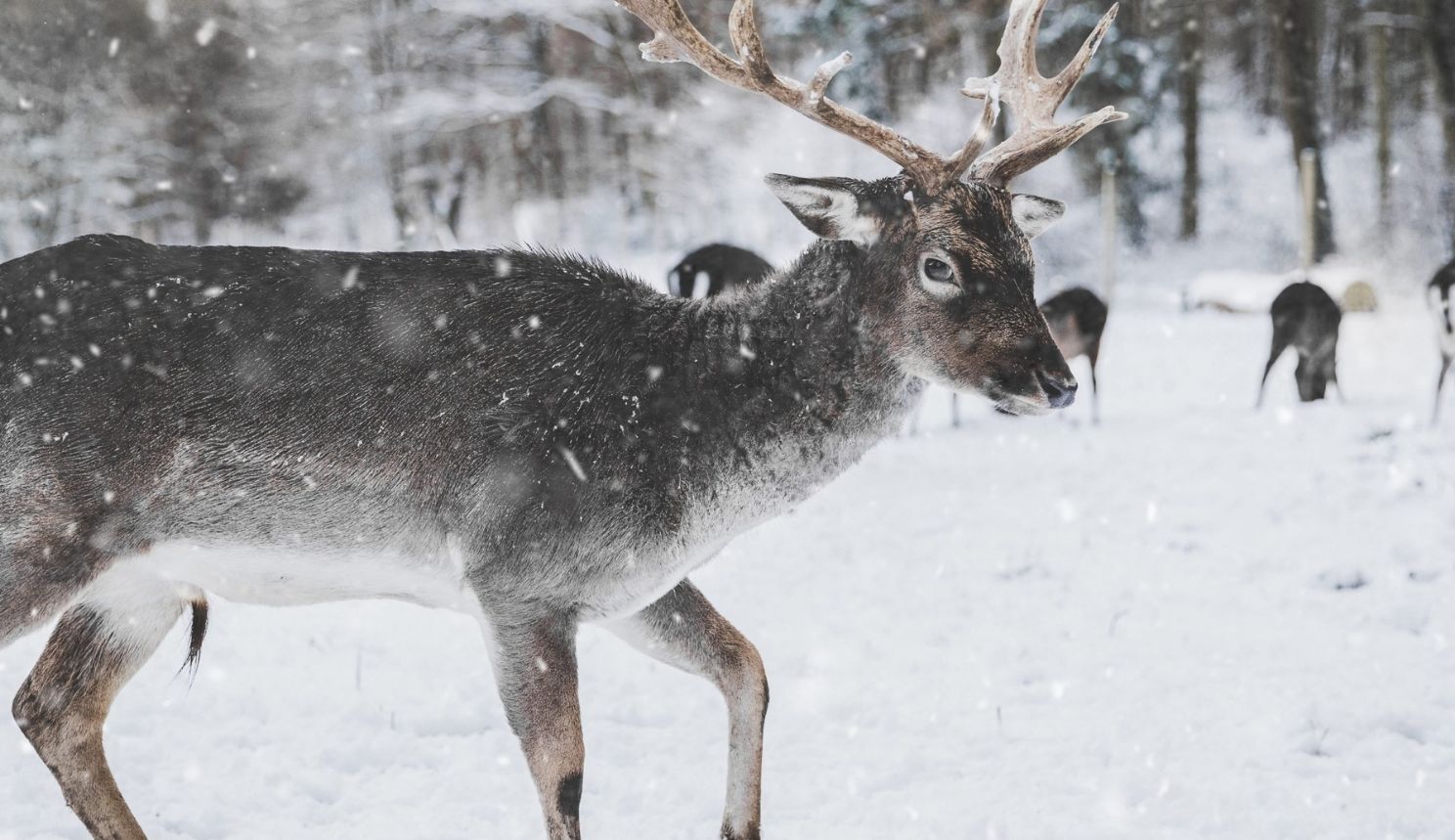 At the entrance to Mirny, an isolated mining town in northeastern Siberia, a statue commemorating the town’s founding stands in full view. It depicts two geologists during an expedition in the 1940s, guided by a reindeer that eventually leads them to the discovery of diamond reserves. This extraordinary discovery has transformed the region, making Russia home to arguably the richest and largest diamond resources in the world.

Ever since this fruitful expedition, a special relationship has forged between the diamond producers, the reindeer and the indigenous herders. ALROSA, the company leading the mining operations in Yakutia (Siberia) works alongside local authorities and communities to ensure that the reindeer are protected.

Russia is home to roughly 146,000 wild reindeer (or caribou), which may seem like a large number. However, in 2015, they were placed on the International Union for Conservation of Nature’s red list of vulnerable plant and animal species, once it was detected that the population had declined by 40% in under 30 years. Among other things, this has been caused by climate change, as the rise in temperatures has led the region’s permafrost to thaw and release increased greenhouse gasses and poaching.

Moreover, if mining activity is not managed properly, it can also threaten the reindeer population. ALROSA has therefore made it a mission to ensure safe crossings in mining locations where reindeers typically make their annual summer migrations. ALROSA even has procedures in place that brings mining activity to a standstill once reindeers have entered the production area or started crossing the site access road. This ensures that reindeers can pass freely through the industrial territory without any obstacles or problems.

In 2009, ALROSA established the Living Diamonds of Yakutia Natural Park in partnership with the local government. These 32,000 hectares conservations area helps preserve natural ecosystems, including reindeer, yaks, bison, Yakut horses, elk, bears, peacocks, dogs and lynxes — all of which are free to live as if in the wild.

An additional, and no less important, part of this ecosystem is the domestic reindeer. The indigenous have relied on them for centuries for transportation, food, clothing, and tools. It’s part of their history and tradition and their decline has adversely affected these local populations.

Therefore, ALROSA’s reindeer conservation efforts are a vital lifeline, not just for wildlife, but also for the indigenous people of the region.

While most diamonds exist deep below the reindeer’s feet, little do they realize that these splendid gems could be the key to their survival.

Woodeex is committed to sustainability and environmental good practice. We make sure that all our diamonds are sourced from environmentally responsible diamond producers that have shown a profound commitment to protecting their surrounding ecosystem and wildlife.